What Are The Common Causes of Truck Accidents in Florida?

Truck crashes are generally caused by their massive size, which creates a lack of maneuverability, large blind spots, and the potential to cause large amounts of damage to other vehicles on the road.

On average there are nearly 32,000 crashes involving truck drivers every year. In most of these cases, the injured or fatally injured person was not the truck driver, safely in the large vehicle, but the commuter car driver. So why are truck crashes so dangerous?

Why Are Truck Crashes So Dangerous?

Simply put, trucks are massive compared to commuter vehicles and yet, they go similar speeds on highways. Sadly, a truck crashing into a car at high speeds is going to do substantially more damage to the car, then the car can do to it, based on its weight and height benefit.

Trucks are difficult to maneuver when compared to commuter vehicles

Due to the size and heaviness of trucks, they have a harder time maneuvering around the roadways. Drivers may have a harder time viewing the road around them, as they have substantially more ground to check behind them, and the weight and length of the vehicle requires wide and accurate turning radiuses. Simply put, driving a truck is more difficult than a car, and such vehicles always cover more road than a single vehicle does.

Trucks need more time to stop than commuter vehicle do

Trucks need substantially more time to stop than commuter vehicles do. 5,000 pounds at 60 mph takes substantially less time to stop than 80,000 pounds at 60 mph. Truth to be told, a semi-truck will generally need more than a football field of space to stop at 60 mph. It is imperative to know this fact, and many drivers have gotten into crashes because they drove in front of a semi truck, and broke too quickly.

What Factors Contribute to Truck Accidents?

There are some common themes that can cause truck accidents. Many of these issues also cause accidents between normal commuter cars. However, truck crashes do, on average, cause more damage than commuter car crashes.

Speeding is already dangerous enough as it is, as the faster you go the less time you have to react to dangers in front of you. However, it is even worse when it comes to semi-trucks. If a semi-truck going 60 mph needs more than a football field to stop, such a truck needs even more space to stop at higher speeds. With the fact that these trucks constantly travel the highways, and the fact that they may have tight deadlines, speeding is a tempting but dangerous cause of crashes.

Sometimes people get distracted when driving their vehicles. Truck operators can also become distracted at some points during their drive. Such distracted driving becomes even more dangerous when you take into account all the issues already mentioned above.

Laws and regulations exist to stop fatigue, as there are required rest hours throughout the night that must be recorded for commercial truck drivers. Still, driving can be stressful and tiring, and fatigue can cause truck crashes.

Driving under the influence

There is the stereotype of the beer drinking truck driver. This stereotype is not true across the board, but there are many truck drivers who enjoy their alcohol. When you are constantly on the road, it can be harder to find the right time for a drink. This does not excuse drunk driving, but it does explain how driving under the influence can cause many truck crashes. 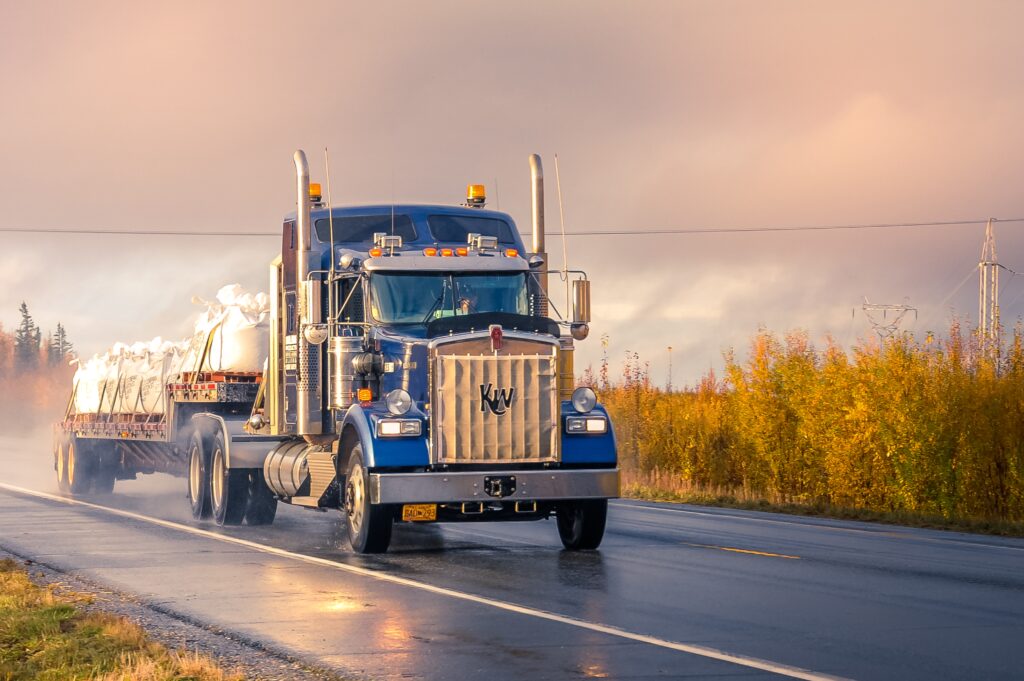 What Laws in Florida Affect Trucks?

Numerous regulations require that truck drivers take regular breaks from the road. There are maximum working hours, minimum off duty hours, maintenance requirements,  and truck drivers are required to have electronic logbooks that are to record this information. These rules hopefully fight against crashes, but when they are not followed, negligent accidents do occur.

What Precautions Can I Take to Avoid Truck Crashes?

Being a cautious driver is always a way to keep you and your family safe. Knowing the specific dangers of trucks, and the precautions you can take to make sure you don’t get into a crash with one of these vehicles can keep you even safer. Tips for staying away from an accident with trucks include:

Allow more space for trucks on the road

Try not to be near a truck for too long. Tire blowouts can occur causing pieces of large tires to hit your car, or a full crash into the vehicle. Being too close to the back of a truck is also a problem. If the truck breaks too fast you could slide underneath it. Furthermore, you are unable to see any road obstacles ahead when you follow too close.

Passing a commercial truck can be dangerous. Make sure to leave plenty of space between you and the truck when passing. As mentioned, trucks require large amounts of space to stop. Turning closely in front of the truck and breaking is a surefire way to get injured in an accident.

Trucks have a harder time estimating the space and time they need to turn. Sometimes it can be dangerous to be too close to a truck that is trying to turn. The best plan of action is to give the truck driver more room than necessary.

It is important to pass quickly when going next to a truck. Before passing make sure you have enough room to move. Blowouts and other issues can happen with trucks, and you want to be far away when these issues occur.

Use your turn blinkers, and don’t make sudden lane changes or alterations in your speed when in front of a truck. You want to be as predictable as possible so that the truck driver knows what you’re doing and knows what to do to keep both of you safe. Remember, the truck driver will not be able to react as quickly as you can in your vehicle.

Avoid driving distracted when near a truck

It is very important that you do not drive distracted when you are near a commercial truck. Due to the heightened danger that such trucks pose, it is important to always keep a lookout, and pay extra attention when passing the dangerous vehicle.

The team at Bulluck law group has years of experience in this area of the law and knows the right way to fight for your compensation. Contact us for a free consultation today.

Receive a Free Case Evaluation from David Bulluck
Previous Post
Who is Liable in a Truck Accident?
Next Post
What is a Vehicle Accident Report And How Do I Fill It Out?